Bick & Heintz was opened in 1921 by brothers-in-law Henry J. Bick and Alois Heintz on the corner of Schuyler and Green Streets in West Utica. The business began as a garage and machine shop performing general repairs, auto body work, and offered towing and recovery services. Having outgrown the original garage, the founders moved to a new building on the corner of Stark and McVean Streets in 1927 where the business is still located.

During WWII a local cutlery company with government contracts to make knives and bayonets for the war effort turned to Bick & Heintz when they needed machinery for their production line. Unable to buy machines that made initial cuts on knives and bayonets from the original manufacturer, the cutlery obtained the plans for the machinery and brought them to Bick & Heintz. Teenaged brothers Charles and Robert Bick assisted their father and uncle after school in building the machines. The brothers spent the duration of their high school careers working at "the shop" repairing and producing machinery for the cutlery. Charles and Robert both took machine shop classes in high school and thus were machinists by trade. Charles later spent time in Italy as a border guard in the U.S. Army. Robert was a private at Aberdeen Proving Ground in 1946 when he taught machine shop classes to his fellow servicemen, many of whom out ranked him. Their younger brother Francis served in the U.S. Army as well, and was stationed in Formosa (now Taiwan) in the late 1950's.

After the war, Bick & Heintz became involved with working on tank trucks, and thus was the birth of the biggest part of our current business. In the late 1940's Henry built a proving tank driven by a gear pump that until a few years ago was used to calibrate all of the trucks built by Bick & Heintz. It is still used to calibrate trucks pumping motor oils.

Henry passed away unexpectedly in 1953, leaving his partner Alois to run the business along with Henry's sons. Upon the retirement of Alois in 1968, the business was passed on to four of Henry's five sons. Bick & Heintz was incorporated in 1969 by Charles, Robert, Henry, and Francis Bick. Under the brother's leadership the business flourished and grew, with Charles at the head of the machine shop, Robert and Francis managing the truck shop, and Henry running the parts department.

Ever innovators, Robert and Francis were the first to put a rewind motor on a hose reel at the request of an older customer. When others saw the motorized reel, they wanted theirs to be the same. Also, the brothers dislike of pipe threads made Bick & Heintz one of the first to use Victaulic couplings on tank trucks. The machine shop was not without its accomplishments. During the 1970's and 1980's, the machine shop made machines that sanded bowling lanes, which were exported to South America, Europe, and Japan.

Bick & Heintz, Inc. has evolved over the years, but as we approach our 100th anniversary, one thing remains the same – our commitment to quality workmanship. 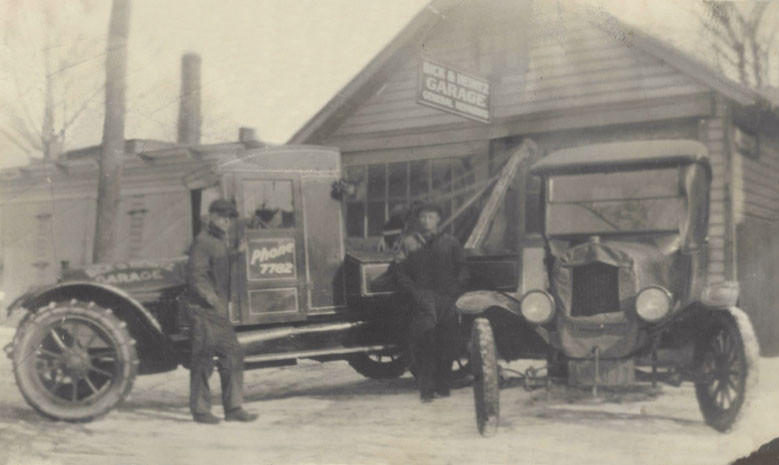 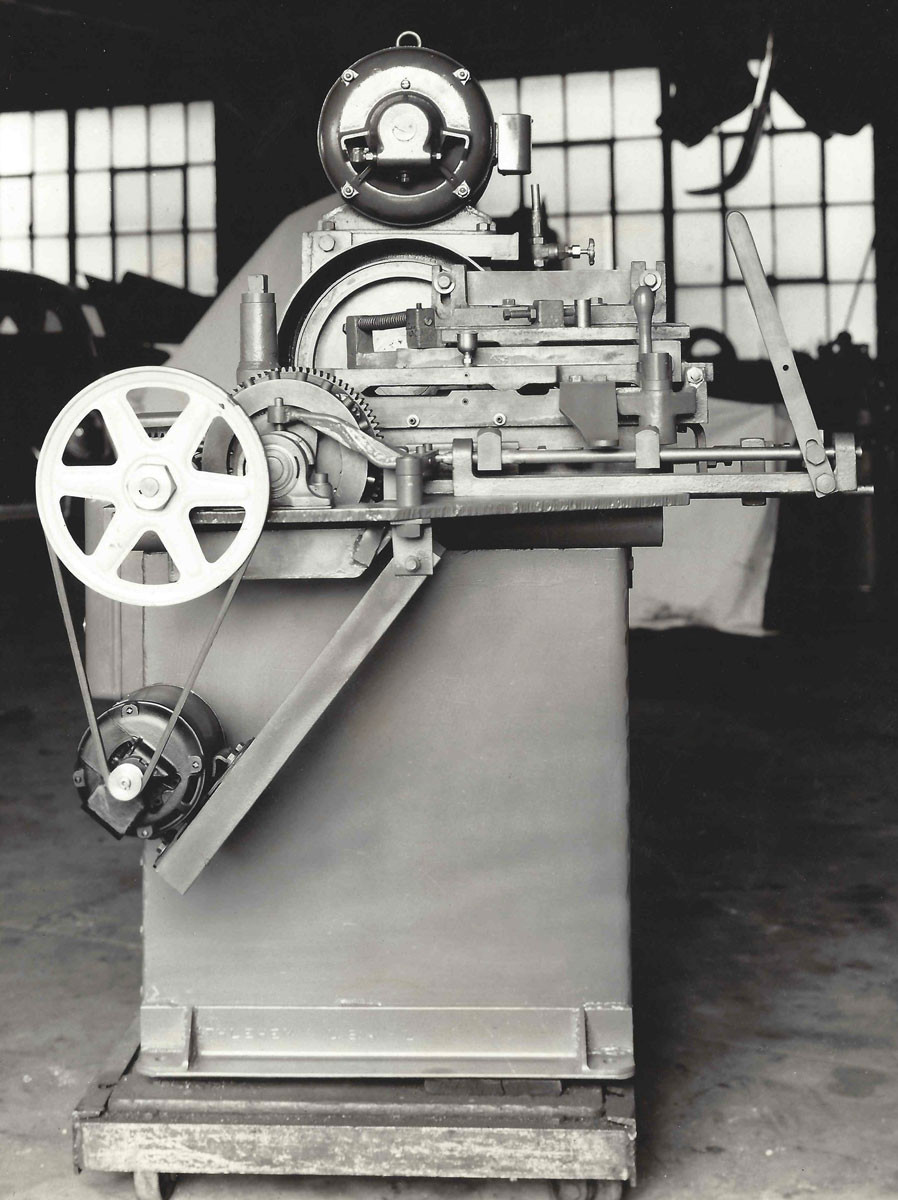 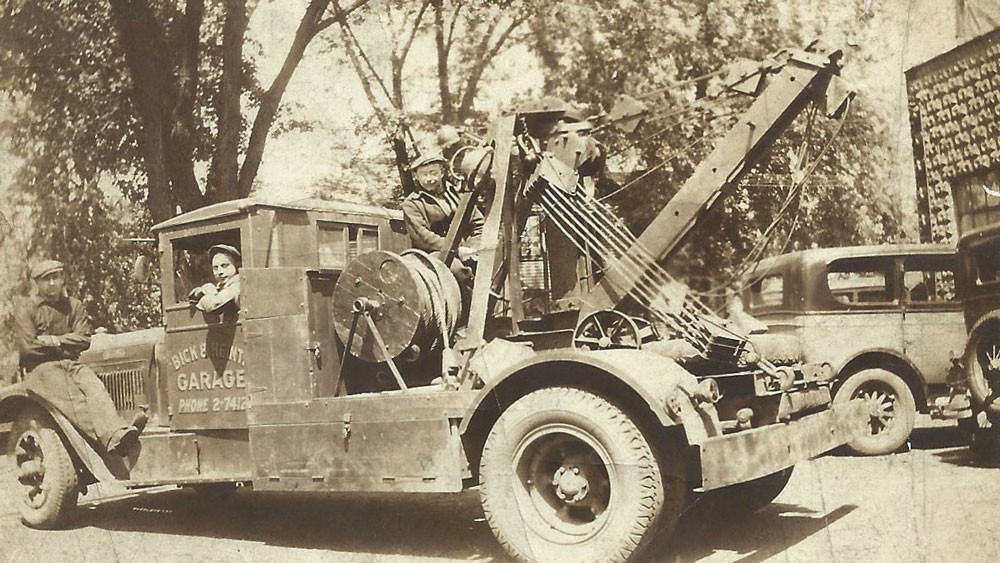 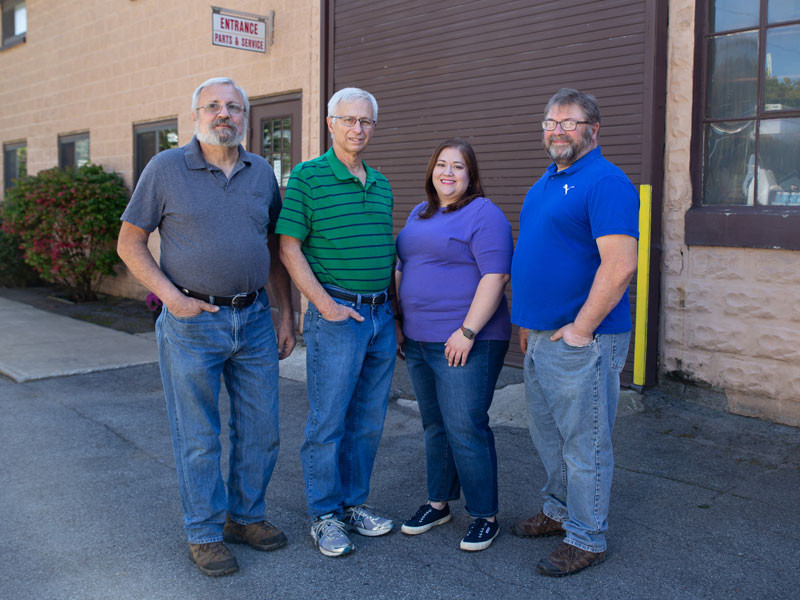 We have the experience to deliver the quality you deserve.